Posted on May 8, 2021 By wildhorsephotosafaris

Today marks two months and 6 days since the formal announcement was made by the Utah Bureau of Land Management (BLM) to remove 400 of the estimated population of 475 Onaqui Horses.  That means that in exactly two more months and 4 days the roundup is slated to begin.  On serene desert scenes will now be overrun with catch pens and livestock trailers as they flood the desert while helicopters will be herd flying low overhead in search of horses.

From July 12th through the 22nd the stallions, mares and young foals will be running for their freedom.  Through the dry dust-filled desert terrain and between the jagged mountain crevasses they know so well in search of reprieve.  Families as they know it will cease to exist and it is safe to assume with such a large scale removal some of our beloved horses will face injuries and even death.

Countless locals, Americans and international supporters alike have flooded Washington DC with pleas to reconsider the mass plans to remove 20,000 horses from public lands in 2021 alone and instead listen to the National Academy of Science’s recommendations.  These recommendations call for a complete program overhaul and use of scientific research to determine Appropriate Management Level  (AML) of horses for each Herd Management Area (HMA) rather using than the current arbitrary standards set in the 1970’s that have a complete lack of scientific backing.  Demographics have changed, range conditions have changed and time is running out to save our national heritage found running wild and free in the spacious lands called home to America’s wild mustangs.

With the new appointment of Deb Haaland as Secretary of the Interior hopes soared high.  She has a favorable track record in supporting efforts to keep our wild horses wild and advocates rejoiced in gaining a friend in such a powerful position.   However, to this point she has remained silent on the plight of America’s wild horses and the ticking of the clock is becoming louder and louder with each passing day.

There is a moratorium on conducting roundups during the months of February through the end of June.  This is considered to be peak foaling season and the idea is to let the newborns age enough so that they can run and keep up with the rest of the herd as they are chased into the chutes by helicopter.  As of July 1st the flood gates will once again open and the roundups begin.  Not only here in Utah but in many other states as well.

For me atleast, the March 2nd announcement of such a drastic removal of the Onaqui horses seemed surreal.  My mind simply couldn’t wrap itself around the fact that sooner rather than later so many horses I came to consider friends will be taken away, held captive in pens, and separated from those they loved and protected on the range.

Days drug on, more letters were sent, blogs were written, media outlets contacted, stories submitted for international publication and spokespersons sought.  It’s a strange place to be when you realize you’re both hopeful yet frantic at the same time.

During the ensuing days of organized chaos and mass brainstorming an idea was born.  What if I can save just one?  It all started with one.

There is a small 2020 foal born last fall that I came to call Red Bird.  He was very small but sturdy and nearly black with hints of red around his nose and inside his ears.  He clung to his momma’s side and looked to the other foals in the band for guidance on how to be brave.  He wanted to be curious, but was still quite shy and would fly off like a little bird back to his mother’s side at the smallest hint of alarm.  Hence he became known as Red Bird.

On January 13th a tiny almost imperceptible swollen area became noticeable in his left lip and by February 22nd it was far more pronounced.  We all assumed he’d just received an uncomfortable kick while playing or possibly had cheat grass embedded into his lip but as time has gone on, the swelling has increased rather than decreased.  On March 2nd upon hearing of the plan for removal I instantly thought of little Red Bird and the possibility that he may be euthanized after capture rather than treated and put up for adoption unless there was someone waiting to take him.

I decided I needed to become that someone.  How it would come to pass I had no idea.

So many things have been transpiring in such a short time that honestly it’s hard to even wrap my mind around it let alone put a timeline together but somehow in all this madness and panic we were able to create a 501(c)(3) nonprofit called Red Birds Trust.  The purpose of the nonprofit will be three fold:

I joined forces with long time local wild horse advocates Scott Beckstead and Shauna Godfrey Muztafago. Scott Beckstead is Director of Campaigns for The Center for a Humane Economy and also Director of Campaigns for Animal Wellness Action. Shauna manages and oversees the Save The Onaqui Wild Horses Facebook page.  We also welcomed a wonderful photographer and artist from Maui, Brandy Romano, and Mellany Miller a passionate wild horse advocate, photographer and finance/grant guru as Treasurer – we couldn’t be more thrilled.

The goal for everyone is to keep advocating to keep the wild horses living their best lives in the wild, however as a backup plan Red Birds Trust will be collecting monetary donations and donations of supplies, fencing, manpower and other items from our wish list to begin the process of freeing Onaqui from the government holding facility here in Utah.  Funds donated will also be used to sponsor adopted horses, buy supplies and tools needed for range cleanup efforts, to rent a truck/trailer, post hole digger, etc.

In addition to this, we are SO excited to create a community based approach for adopters of the Onaqui horses to be able to come together for questions, concerns, training recommendations, to find out the history of their horse while living on the range and to provide a place lean on in the case of financial emergency.  We know that it’s not unusual to go through hard times and if Red Birds Trust is able to help keep these Onaqui with their original adopters and out of kill pens then our hearts would all soar.

While we definitely don’t have all the answers, but we do have the fortune of knowing many in the industry with years of experience, education and research into wild horse care in the wild and in adopted homes.  We look forward to being able to disseminate information that may be helpful to adopters and help to connect people looking for information to the people best suited to provided it if we don’t know the answer ourselves such as the Wild Horse Education, The Cloud Foundation and others.

We strongly encourage anyone interested in volunteering for Onaqui HMA range cleanup to contact us directly.  We’d love to know the best days/times you are available and the best email and phone number to reach you.  Each time we have a scheduled range cleanup event we will be able to access our volunteer database and send out a notification to everyone who has signed up.  We will also let everyone know what to bring (ie: gloves, hats, close toed shoes) and may ask for specific help if a certain type of vehicle or equipment is needed.

More information can be found online at redbirdstrust.org and we look forward to being able to partner with the local BLM field office and coordinate with local volunteers and donors for many years to come.

As always, we are hoping that in the next two months and 4 days we receive a miracle and our Onaqui horses are blessed with a reprieve from the scheduled gather.  Letters will continue to be written and pleas made.  But in the meantime we will be working on the backend to do everything we can to prepare and raise funds for adoptions, care and housing and range cleanup which is very much needed and long overdue.

Thanks to everyone for your kind words, thoughts and support for the last 2 months and through the months that follow. 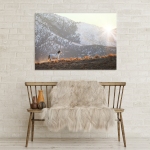 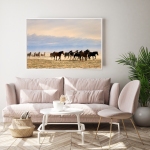